With one spark of inspiration, the wings of imagination unfurl!Subaru, Episode 1

Subaru Mikazuki is the protagonist of My Roommate is a Cat. He is an introverted mystery writer who adopts Haru by chance. While he initially remains distant, they gradually bond with each other. Part of the story is shown from his point of view.

Subaru is an adult male of average height with black hair (brown hair in the manga), blue eyes, a slender build and he takes a slight resemblance of his late mother.

His usual attire consists that of a blue sweater, gray pants, and sometimes, a white undershirt.

He is well-known for writing the Shining in the Dark of Night and Shining in the Moonlit Night novels which garnered a significant local fanbase. His other known works include an unofficial sequel to The Moon and the Sun. 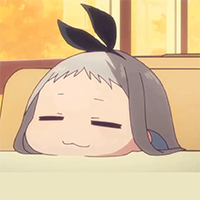 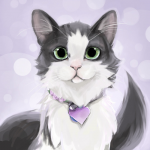